The True Story of a Nurse, Her Husband, and a Marriage Turned Fatal 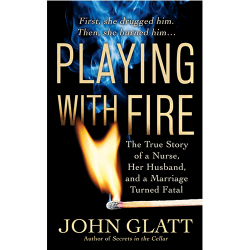 A beautiful nurse. A lethal injection. A gruesomely charred corpse. Nothing could have shocked the sleepy community of Morgantown, West Virginia, more than the lurid details that surfaced after a house fire claimed the life of Shelly Michael’s husband Jimmy. Local authorities suspected possible arson. Then they discovered that Jimmy had been dead before the fire even started—paralyzed by a fatal dose of muscle relaxant…

Did Shelly Michael, a respected nurse and mother, kill her second husband and torch her own home? Were the rumors true that she’d had an affair with her husband’s employee only two weeks before the murder? Or did she kill Jimmy simply for the insurance money? Charged with first-degree murder and first-degree arson, Shelly would never stop claiming her innocence—even to this day.