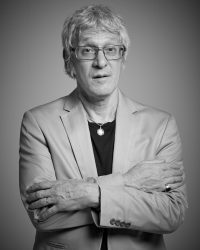 John Glatt is an investigative journalist with more than thirty years experience. In the last fourteen years he has written 19 true crime books and 4 biographies.  With more than one million books currently in print all over the world, Glatt is acknowledged to be one of the best true crime writers working today.

A native of London, England, Glatt left school at sixteen and worked in a variety of jobs – including tea boy and messenger – before joining a small weekly newspaper outside London, where he honed his keen news sense. Over the next few years he freelanced for many national English newspapers, including The Daily Express, The Sunday People, The Daily Mail and Woman Magazine.

In 1981 he moved to New York, working on staff for News Limited, as well as freelancing for Newsweek, Omni, the New York Post, the Australian, Modern Business and other newspapers and magazines worldwide.

His first book Rage & Roll: Bill Graham and the Selling of Rock, was published in 1993 to critical acclaim. Two years later he wrote Lost in Hollywood: The Fast Times and Short Life of River Phoenix, a well received biography on the tragic movie star. His next book, The Chieftains: An Authorised Biography, which was published in 1997, saw him nominated for a 2000 Grammy in the spoken word category. In 1998 wrote the well-received The Royal House of Monaco: The Story of a Tragic Dynasty, uncovering many new revelations about the Grimaldis.

In 1998 he wrote his first true crime book, For I Have Sinned: True Stories of Clergy Who Kill. A year later he followed it up with Evil Twins, an anthology of twins that kill. And since then he has written a True Crime book a year for St. Martin’s Press True Crime Library, establishing him as a master of the genre.

Over the years, Glatt has appeared on scores of television and radio programs all over the world, including Dateline NBC, Discovery ID, Fox News, BBC World, and A&E Biography.

He and his jewelry designer wife Gail divide their time between New York City, the Catskill Mountains and London.